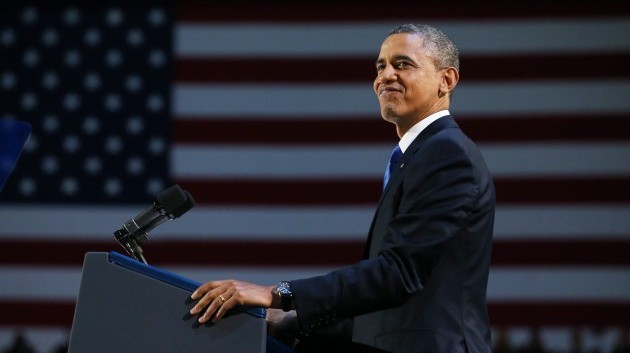 I’m sure many of you are happy that the US Elections are over, even if you’re not happy with the results (Bronco Bama).

I know this is a bit late, but I had things to do! Yes, the US Elections are over. The whole world was watching, even though only United States Citizens are the only ones that can vote. Even then, the popular vote isn’t what determines our president. One thing I dislike about all that is how other countries will say how shitty the US is, or how they may say the US thinks they’re all powerful, then they turn around and say they have to follow the elections because the US is all powerful and affects everyone.

So Barack Obama won against Mitt Romney and a handful of other candidates. I say a handful because nobody pay attention to the third party candidates, unfortunately. So many people complained about how Obama wasn’t good enough for a second term at Mitt Romney sucked, yet they still didn’t want to vote for third party? Why? I don’t know. Some people don’t vote third party because they believe the other party will use that to their advantage to get more votes for their side. If everyone would stop being so lame and just vote for a third party candidate, maybe we could get one in! Of course, the media needs to accept them as well. Nobody other than Obama and Romney were allowed in the three debates they had on national television. Third party candidate Jill Stein was actually arrested for trying to go inside to debate! It’s not that the candidates didn’t want to go, it’s that the people upstairs won’t let them in!

When it comes down to Romney vs Obama, the decision SHOULD be obvious. I know, I know, everyone has their opinion, but this particular race was just ridiculous. Obama runs as a democrat, yet does so many things to make himself look like a Republican. He’s even continued many things George W Bush put into place. As for Romney, he was so blatant in his back pedals and switching sides to appeal to everyone that it was like a joke. He definitely earned the nickname “Multiple Choice Mitt Romney.” The Republican primaries didn’t help him or anyone else, either. They brought out so much dirt on each other that it was hilariously devastating. Bottom line, as South Park says, every election is a race between a giant douche and a turd sandwich. Just pick the better one. At least we are on the road to recover. Yes, it’s been slow, but it’s hard to get things done when the other party filibusters everything, calls themselves the party of no, and said their primary objective was to get Obama to fail and not reach a second term. Well, Obama got a second term, and Obama keeps “reaching across the aisle” while the other side spits on him.

The elections are over, but that doesn’t mean the mud slinging is done. No, politicians aren’t the ones doing the slinging, it’s regular, racist ass holes doing it. Mainly white blondes who call the president the N word and say they’re not racist. That’s such a stupid argument, though I’ve heard it many times growing up in this part of California. Many people may think California is filled with liberals and hippies, but that’s only in San Francisco, Los Angeles, and MAYBE Sacramento. Everywhere else is pretty Republican. I came across a rather devastating article that listed people’s tweets after the election. Surprisingly, they kept the Twitter handles in the screen cap. Unsurprisingly, those people got a ton of backlash. Click here for the article, and click here for the response.

So we have four more years of Obama and Biden. Lets see what happens. I know I’ll be keeping a close eye on everything. I hope everyone that’s involved with politics does so too. Feel free to leave comments on the subject, but keep it clean. I don’t want to read ignorant comments like that in the first link.