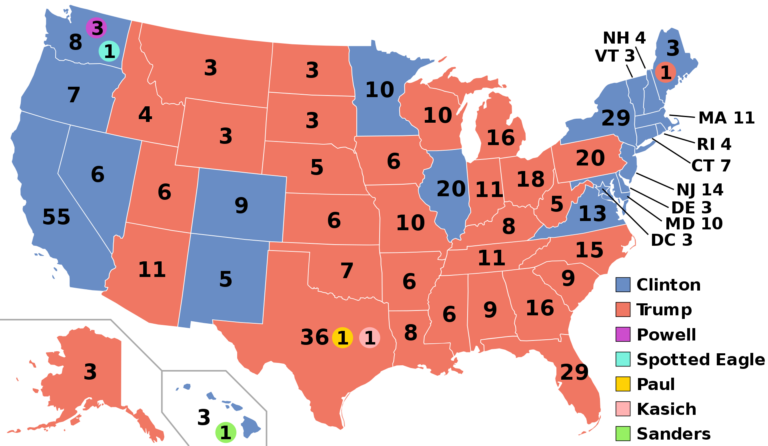 The electoral college decides who becomes the President and Vice President, not the vote of the American people. It’s time we change that!

For those that are unaware, the electoral college is a group of electors that vote and decide who will become President and Vice President every four years. It is not directly the vote of the people who choose these politicians. There are currently 538 electors, which are based on the representatives and senators in Congress. The candidate with the most electoral college votes will be the winner.

We’ve also seen how a group of delegates swayed the Democratic Presidential Primary during the 2016 election [N] when Hillary Clinton beat Bernie Sanders, and subsequently lost to Donald Trump. It has even been proven that the DNC will choose a politician before the vote has been cast [N].

It’s time we repeal the electoral college and choose President and Vice President based on popular vote. We live in the 21st century, and it’s time the voting system keeps up with its people.