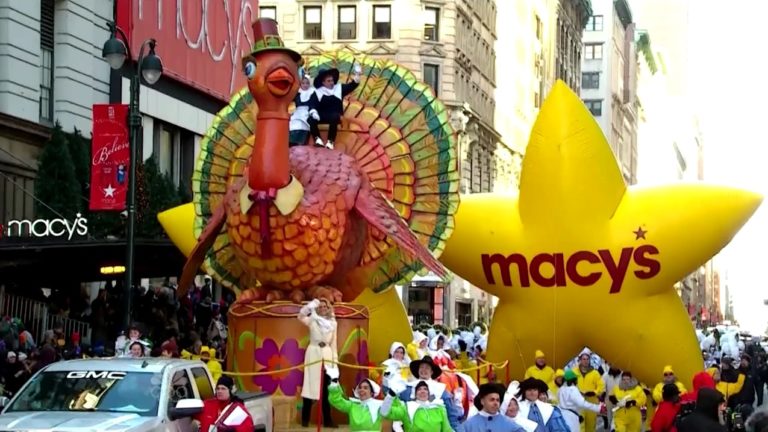 If you don’t live in the United States of America or Canada, you may be unfamiliar with Thanksgiving, Black Friday, and Cyber Monday.

Thanksgiving is another holiday in the USA and Canada. I can’t speak for Canada, but in the USA most people celebrate Thanksgiving by eating massive dinners with family. Many families try to come together and eat under one roof, but it can be tough in smaller homes or extended families. Things become more difficult once you start dating or if parents are divorced. Families may have to hop from house to house to spend time with everyone they can.

Before the dinner begins, families can do a variety of things. Some talk (or argue), some watch football (American football), and some watch parades on TV. The Macy’s Thanksgiving parade in New York City is usually the one that is shown on TV. There are various float and hot air balloons in the shape of famous characters like Pikachu, Snoopy, or just a Turkey.

The most common foods included in Thanksgiving dinner are a roasted Turkey, mashed potatoes, biscuits or rolls, stuffing, ham, cranberry sauce, green bean casserole, and various pies for desert. Pumpkin pie is usually the number one type of pie for Thanksgiving. Before eating, some families go around the table and say what they’re thankful for.

Thanksgiving is always on the fourth Thursday of November in the USA. The next day is Black Friday. It is the biggest shopping day of the year because that’s when stores have the best sales. You have to go early or all the products will be gone. Many fights breakout while shopping during Black Friday, which is why less and less people are going to stores and shop online instead. I believe it’s called Black Friday because it’s when retailers go “into the black” on their budget, meaning they actually make money instead of lose it. I find that hard to believe since there are few stores anymore. Your options are usually Wal-Mart or Target for most shopping needs in the USA, and they’re highly profitable.

Cyber Monday takes place three days after Black Friday. It’s a day for big sales online only. However, many online retailers have extended Black Friday and Cyber Monday for about a week, and their sales may not even be great sales unless they’re flash sales that are only available for an hour or so.