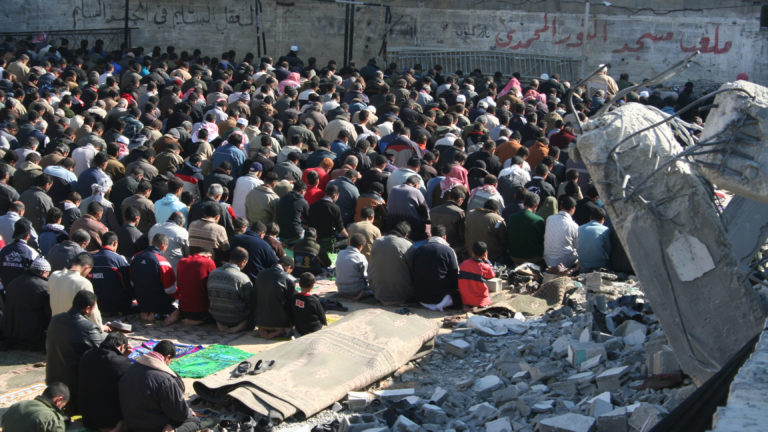 Sympathizing With the Muslim Population

Go ahead, insult me for having sympathy for a huge portion of the world. Call me a “Muslim sympathizer” like it’s a bad thing.

Before I start, I must admit I’m not Muslim, nor am I religious. I was born and raised Catholic, but I don’t subscribe to that religion anymore.

If you haven’t been paying attention to the news for the past few months (or even years), various radical Islamic groups have been living and dying around Asia. They’ve done horrible attacks all over the world, and almost no one outside of their group supports what they do. However, since these groups claim to do their crazy things under Islam, a lot of people say the entire religion and everyone in it is either bad or responsible in some way. That is a very ignorant thing to say, especially since 1.6 billion people in the world are Muslim.

I actually understand their frustration in an unusual way, even though I’m not part of their religion, and I feel a little goofy with this connection. As I said, I was born and raised under Catholicism. A number of horrible things have been done–and are still done–under the name of that religion. Nobody ever said I was bad or I had to take some form or responsibility for the bad things that were done. The only thing that was said to me was something along the lines of, “How can you stay in that religion when you know the priests are molesting kids?” I sympathize with many people around the world for various reasons, but this deeper connection I have is actually because of the gaming community. Here me out!

A short time ago there was a stupid controversy of sorts called “Gamer Gate.” I hope everyone is as sick of -gate controversies as I am. During this ordeal, a number of ignorant people online said some horrible things to people in gaming media and the gaming industry. A few even released some personal information (home addresses, phone numbers) online to everyone! So what was the reaction? People either said all gamers are that bad, a huge majority are that bad, and/or I needed to take responsibility for those bad people. How the hell am I supposed to do that?! I’m just a dude that write video game strategy guides and blogs at home! Now I’m responsible for hackers and anyone with an internet connection that can type atrocious comments? Well, people are making the same argument but to a more serious degree with Muslims.

Again, I feel a little goofy connecting the two issues, but it does make me see their point of view without having to be in their religion — or any religion at all for that matter.

You may be asking why a non-religious person like myself would even support any religious person. Well, I definitely do not fully support any religion, but that doesn’t mean I’m going to hate on all religious people in the world. My feeling is you can believe anything (and I mean ANYTHING) you want as long as you don’t hurt anyone or try to restrict people’s rights, including a right to a proper education! I may thing you’re slightly ignorant for believing what you believe, but I’m not going to go around insulting or degrading you.

So, please be kind to people around the world, even if you don’t believe what they believe. It’s not a form of weakness to care about innocents. The best people in the world, many that are vary religious, are those that call for peace!