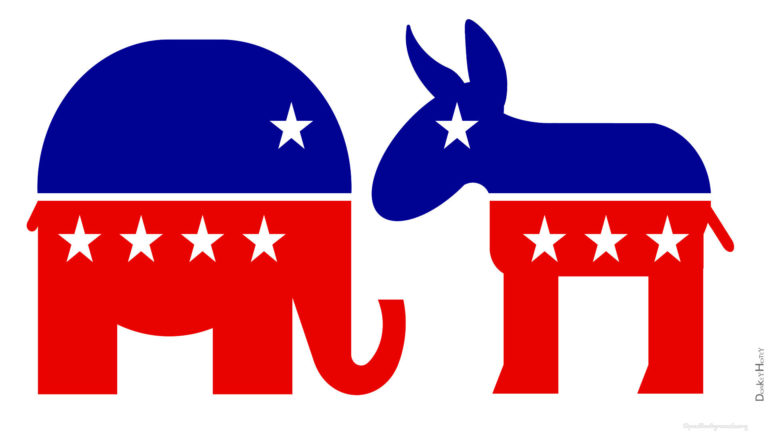 Stop Trying to Label Yourself Politically!

Republican? Democrat? Don’t even choose, and let me tell you why!

It’s been awhile since I posted anything political, and I’ve been thinking about this topic for a long time. Don’t worry, this isn’t some topic where I say one party is better than the other. In fact the whole point of this topic is to avoid labeling yourself under any party. I believe pretty much everyone should consider themselves Independents.

Now, hear me out! When I say Independent, I don’t mean everyone is a centrist and you should find a middle of the road option each time or some crap. What I mean is everyone has their own opinions or beliefs that fall under different parties or scales between liberal, conservative, socialist, communist, whatever else you want to add. The only way to “label” yourself is to say you’re an Independent because it’s nearly impossible to follow one side completely. So, if you use Independent this way, you’re not really saying you’re a party, you’re basically saying you’re an anti-party and you refuse to follow on set of ideals.

So often you’ll hear politicians try to say they’re “socially liberal and fiscally conservative,” no matter what party they belong to. Usually it’s a bunch of posturing and bull shit, but if it were true, I’d say that would make them a sort of independent. Of course, there are more areas to consider when trying to fit into some party.

Unfortunately, this country (the United States of America) is too afraid to really vote for anyone outside of Democrats and Republicans. No other party comes close or has come close in about 30 years to winning a Presidential Election. State-level elections are a different story. Most people try to follow one party and look for the D or R on the voting ballot. I think it’d be a great idea to remove all parties from voting ballots and only include the politician’s name. Hopefully, people will look up information on the politician and what side they take on different issues. Although, that could backfire if people decide to be lazy and choose someone based on name alone. The candidate with the most money can end up the winner because they plaster their name and face everywhere, which is usually that way things currently go. That’s why I’m for getting money out of politics, but that’s a whole different topic.

This topic may seem trivial to some because it’s just a name, but often times people choose one of the two parties because they believe in a position that only one party believes, and that may be a deal breaker. That’s a terrible reason to choose one party of another because all of the other choices the party makes can be incredibly horrible for the voter or the country as a whole. If you truly believe you somehow follow every single ideology from a single party, then go ahead and call yourself whatever that party may be, but times change and party beliefs change. It’ll be impossible to keep up with a group when you want to make your own choices.