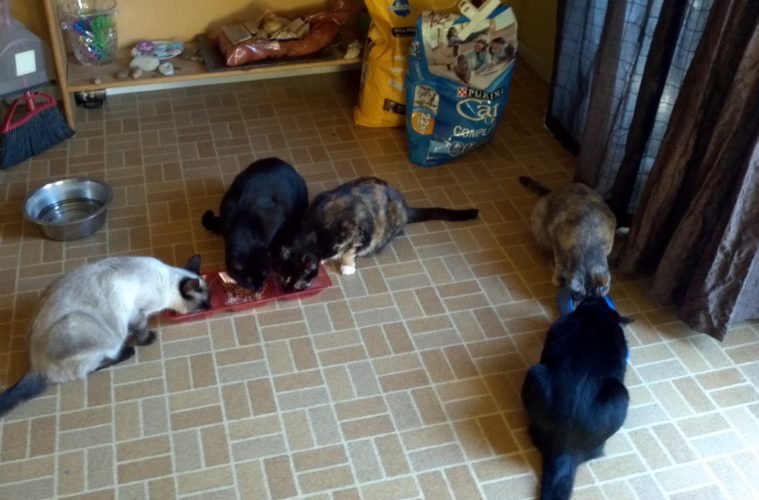 It’s been a long time since I wrote about any of my pets, so I thought I’d give a little update for those that were interested.

The last time I wrote about my pets I had a total of six cats and two dogs. The two dogs are the same as ever, so I won’t be talking about them. The reason I had so many cats is because the mother kept having kittens, and we weren’t able to get her fixed in time. We must have given eight others away, but we were stuck with five of her kids for one reason or another. I raised all of them from birth, and they looked up to me as their father ^_^.

Unfortunately, three went missing a few months back. I don’t know if they ran off, were chased of, were caught or killed. We went looking for them at animal shelters nearby, but had no luck. The three that went missing were Salem, Mr. Whiskers, and Yoruichi. Two were black cats and one was a calico. It really bummed me out, especially since Salem was the only male in all of my eight animals. The girls were cool when they wanted to be, but Salem was very chill and very friendly. He would always just hang out with me or whatever.

Before they went missing, a few other cats would come around in our yard from time to time. Some of my family thought the new cats scared our cats off, but they looked like they were playing when I saw them. I don’t think they’d be punked so easily either. 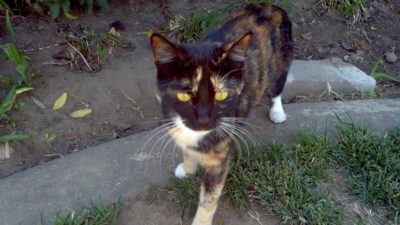 I still have Mr. Kitty (the mother), Snuggles (snugs), and Delilah. Mr Kitty usually stays outside and goes back and forth across the street to the neighbor. The neighbor has a black cat that was probably the father to Salem and Yoruichi. Snugs is a Siamese Cat that always wants to snuggle with people. Delilah is a grey and white speckled cat that hates to be touched. She usually claws and bites anyone that tries to pick her up, but likes sleeping next to me when she’s really tired. Below is a picture with Snugs, Delilah, and Yoruichi. 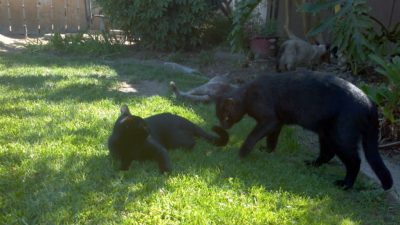 My family thinks the neighbor caught them or something, but I don’t know about that. Many of our neighbors have cats that roam around the street. Delilah went missing for about two days and came back a little freaked out, or so my family thinks. I don’t know what happened, but I wish they would have come back! 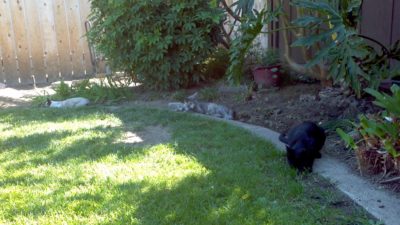 On a side note, my sister got a new dog who comes and visits every now and them. The dogs that are here are old and bitchy, so they don’t want to play with the youngin, lol.