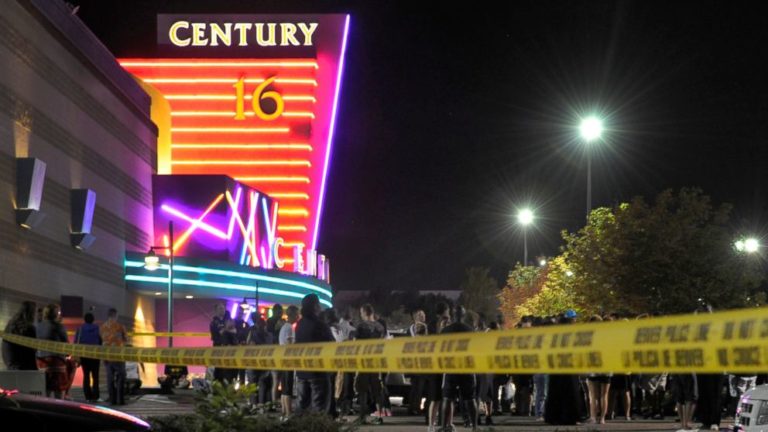 My Thoughts on the Aurora, Colorado Shooting

I give my two cents on the recent shooting in Aurora, Colorado. Along with the media attention that came with it.

I’ve been extremely busy as of late, so I haven’t been able to write anything new for my blog. Today, I had to write something based on the events that took place last night.

I’m sure you’ve all heard about the 24 year old guy who shot up a packed movie theater in Aurora, Colorado by now. I say guy because both man and kid seem a bit misplaced. I’m currently 24 and I feel like I’m at a bit of a middle point.  Twelve people were killed, and over fifty people were injured in this shooting. What do I think about the events? Honestly, the event itself doesn’t upset me. You may call me cold hearted, but I didn’t know those people. I’m sure if I knew the people who were killed or injured, I’d be upset. The fact is a ton of people are killed every single day. We can’t feel sorry for them all, and we usually don’t. Not only that, but every single day I turn on the news, I hear about someone else being killed by weapons or some other way in the surrounding towns. A huge majority of the time it’s real murders, while a small fraction are accidents. Very rarely do any of these murders make national news. The murders that do make national news are usually mass murders like this one here.

Now what am I upset about? I’m upset at how everyone on TV or blogs will talk about this for about a month and try to play the blame game. What are the most common places of blame? Video Games, Movies, Music, or the Guns themselves. Those who know that I work in the video game industry may think I’m biased, but I really am not. Hear me out before making a judgement, please. This may be a bit of a long read, but that’s what happens when something interests or annoys me.

There are many studies out there that say various things on violence from media. Some say media does make us more violent, and others say it prevents violence in a therapeutic way. I’m not sure which is true. What I do know is how nobody ever blames something that is so obvious to me: history and schools. I’ve written about this before. We are children when we hear about the discoverers of this country taking it away from the natives. Then comes wars upon wars to create our country. Later, we learn more about the wars fought around the world. This may sound astonishing to some, but I was 13 years old when I saw pictures and video of hundreds of dead bodies in concentration camps. These bodies were rotting away or being pushed into mass graves by tractors. The particular video I saw wasn’t even in English! I suppose the schools just wanted us to see what war and the holocaust was really like. Did anyone blame schools or history for desensitization or violence? Never.

Before I go on I think I must make this point clear: desensitization and violence really are two different things. Desensitizing is basically saying you will become used to something over time. Nobody can fully become desensitized to death. They may think they are, but they never will be. Violence on the other hand is something natural in all humans and many, if not all, living things. I’m sure you’ll say plants aren’t violent, but I mean mobile things. I can’t be 100% sure since I’m not an expert biologist, but I digress. We humans may be the most dangerous animals on this planet. We’re not dangerous through sheer violence, of course. We’re dangerous because we’re violent and intelligent at the same time. Even before written history, we had wars. We are always fighting and we humans have always been violent. We have the brain power to make groups to form either weak gangs or elite military units, we have the knowledge to tactically kill our enemies, and we have the thought power to invent weapons of mass destruction. When I say weapons of mass destruction, I don’t mean nuclear weapons like politicians say. One rifle and one soldier is enough to kill many people, just like this one guy with an AR-15. Which brings me to my next thought, the blame on guns and other weapons.

Before I get started, let me state my position. I’m not exactly the type of people who thinks we should ban all guns, nor am I the type who yells “Second Amendment!” every time guns are discussed. Like everything in the world, there has to be a middle ground and forms of regulation. I know many people use the common saying, “Guns don’t kill people, people kill people.” This is only true about 90% of the time. Guns have been known to misfire or go off unexpectedly with no fault to any person. As for the other times, it’s still a stupid saying. Guns were invented and manufactured for the purpose of killing things. I know, guns are pretty awesome when they shoot stuff (Just look at FPSRussia’s Youtube Channel), but they still are very dangerous things that kill many people every single day. And as I was saying earlier, we humans are violent things. Give a violent thing a weapon that’s used to easily kill masses, and we have a real problem. Since the dawn of man, there has been war and violence. Guns were invented to make killing easier. You can’t know all this stuff and still think everyone should have a gun. Most thought put behind that argument is that everyone is dangerous; therefore, we need guns to kill the dangerous people. By that line of reasoning we’ll all just end up killing each other. It’s like saying if every country had nuclear weapons, we’d all be safer.

I’m not so sure anyone can argue that becoming desensitized to something means you will go out there and do it. Nor do I think media like movies, video games, or music will really desensitize anyone enough to allow them to commit real acts of violence. Again, all human beings are naturally violent. What would be the excuse for all the violence before the inventions of movies and video games. There has always been music, but not the same as we have now.

On a slightly different not, there’s a smaller thing from this situation that bothers me. It is the reaction by President Barack Obama and presidential nominee Mitt Romney. Now, I don’t know if they have to come out and make a statement to every murder that makes national headlines. As I said before, there are many murders that happen every day in this country that nobody talks about. Either way, they did go out there and make a statement. The fact that they made the statement is little bother to me. The biggest bother is the insincerity. They really don’t care, and you can tell by the way they’re reading a statement that probably wasn’t written by them. If you have to read a written statement to show some type of emotion, you probably have no emotion towards the event. I feel they should always speak from the heart or don’t say anything if you are truly trying to be sincere.

Those are my two thoughts, feel free to give you own CONSTRUCTIVE thoughts.