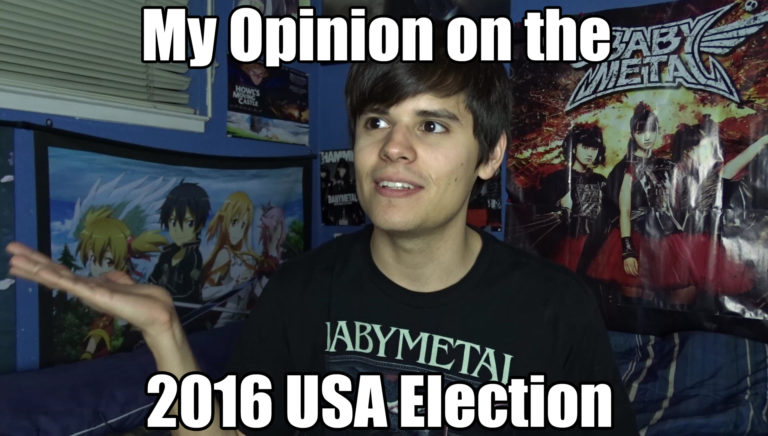 My Thoughts on the 2016 USA Election

Donald Trump is the next president of the United States. What are my thoughts on the results?

For awhile I’ve been saying that the US election wasn’t going to have a good outcome no matter who won between Clinton and Trump. I was a Bernie Sanders guy, and he wasn’t in the running anymore. Yes, there are other parties, but in the USA the Democratic and Republican party are the two biggest parties, and the only parties that stand a chance in the presidential election.

Who did I vote for? Neither Clinton nor Trump. I voted third party, the Green Party’s candidate Jill Stein. So many people are too scared to vote for third parties because they think doing so will automatically be a vote for the other party. I’ve had Democrats tell me voting third party is a vote for Trump, and Republicans tell me voting third party is a vote for Clinton. I voted the way I wanted to because I despised both Trump and Clinton, no other reason! Seeing the results, people would rather not vote at all instead of voting for these two candidates, which makes no sense. Over 50% of the American population didn’t vote. If they had voted for a third party candidate, that candidate would have won. Of course, there could have been other factors regarding why someone didn’t vote.

Speaking of votes, the popular vote doesn’t necessarily determine the President of the United States anyways. The Electoral College, which is basically congress’ votes, is the thing that determines the winner. Yes, some people vote based on how their state voted, but they don’t have to. And that’s what happened with this election and others in the past. Hillary Clinton won the popular vote, but Donald Trump won the Electoral College; therefore, Donald Trump is the next President of the United States.

As I keep saying, both of these candidates were and still are terrible. Some say vote the lesser of two evils and they’re not quite equal, but they are still so bad that I could never vote for either. Clinton is an incredibly corrupt politician, and Trump is an incredibly corrupt person (morally and financially). There are also some voters who only vote for their party. Democrats only vote Democrat and Republicans only vote Republican. I’m affiliated with neither party because I feel like a party can never fully be on my side. I look into each person and see if I like them or think they are good enough to run. People are either lazy, busy, or too apathetic to research their candidates.

After the results, and this is not the first election, people say they are going to move to Canada. That’s usually just some knee jerk reaction. Some believe that’s cowardly because instead of trying to change the government they are just leaving. In reality, people won’t leave their jobs and families, and it’s really hard to immigrate to another country. I’ve been wanting to go to Japan for years, and am still on an education path towards doing so.

If the President was the only thing to worry about, then it’s not a big deal. The US government has three branches to balance each other out. President, Congress (House and Senate), and the Supreme Court. Republicans are the majority in Congress and now have the Presidency, but there are still some Republicans who dislike Trump. The Supreme Court does have a vacancy, but both the President and Congress have to approve of someone to become a justice.

These are the major thoughts of mine on the election. You can listen to more of my thoughts in the video above. I hope all goes well in the USA, but like I keep saying, I didn’t see things going well either way.

“There are lies, damn lies, and statistics”