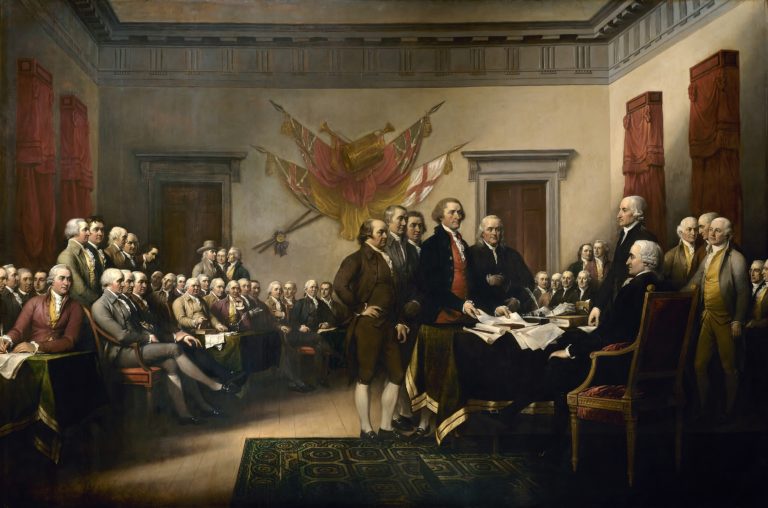 My Opinion on Learning History

We all have to learn History in school. Do you want to know my views on it?

History is a favorite to some and a nightmare to others, but we all must learn it in school. It seems like history is the least learned subject in school these days. Is it the fault of the kids or the teachers? In my opinion, it’s the teacher’s and school’s fault.

I used to hate learning about history. I found it incredibly boring, and to tell you the truth, I never thought it’d be useful for anything. Teachers never really gave us a reason to learn history. All teachers ever said was we needed to learn history to make it to the next grade. Learning history involved hours of reading these big books that may have been written by super old dudes to bore the crap out of us kids. Even some history channel TV Shows are boring if there’s nothing but old dudes talking and talking about what ifs.

These days, I find history to be a bit more interesting. I’ve played many video games that tried their hand at History. Some were Historically inaccurate, while others had actual video from historical events. Along with video games, I’ve always been the type that loves stories; that is, if the story teller was good at telling stories. Watching some of these mini-series on TV (such as Band of Brothers) or playing video games that made it seem like you were a part of history (such as Call of Duty 2) made it far more interesting to learn or even hear about history. No kid wants to sit and read pages of historical events, nor do they want to hear about it from a boring mono-tone guy. If you can tell history like you’re telling any other story, I guarantee kids will be interested in it. These days we even have politicians who don’t even know some of the most famous events in US history. Politicians should probably be the top people to know history.

History does seem to repeat itself, yet nobody ever learns from the mistakes they teach. I’m surprised about how much stuff has gone down in history that is almost identical to the events that are going on today. Instead of learning from the past and solving the problem, some world leaders decide to do the opposite and end up ruining so much that’s at stake. It’s such an interesting thing, history.

If you really think about it, history is more amazing than some really let on. Yes, it happened and it’s done with, but it’s always fun to think about what ifs and the results of what really happened. When you say history, most people think about World War II, the Nazis, and Hitler. I’ll give this example under WWII terms. Many people think about what the world would have been like if Hitler actually won the war. I know there have been many books and TV shows about that, so let’s look past the what ifs that everybody talks about. Do you ever wonder about the results of things? During WWII, many people had to flee countries in Europe because of Nazi Germany taking over so many countries. Many of those people came to the US. Some of those people ended up helping the Allies during WWII to defeat the Axis in some ways or another. This has been documented, so I’m not just talking out of my ass. Even if you don’t think about it in that big of a picture, some of the people came to the US and had children. Those children automatically became US citizens and may have been your parents. It’s possible that if it weren’t for WWII, you may have winded up living in a different country!

Another point has been going around in my head for some time about history. History is an incredibly violent thing. We are an incredibly violent thing. We have been taught history since we were in grade school. Many of the bloodiest battles and wars have been etched into out heads from a young age. Once an act of violence happens at school, the elder people always want to blame it on something like TV, Music, Video Games, etc. Hasn’t anyone ever thought about the gruesome stuff from history playing a role? Think about it.

Well, those are my current thoughts on history. Like most stuff I write, I get an idea and I type it out in a few minutes. Sorry if it’s too long, too short, or poorly written. It’s my blog and I’ll do what I want. 😉

“There are lies, damn lies, and statistics”