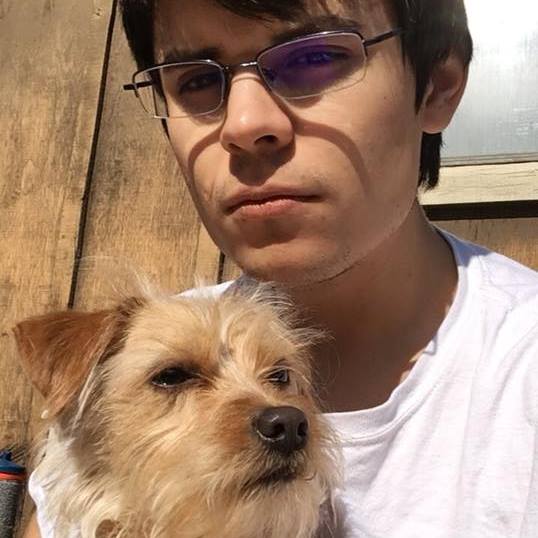 A few months back my brother from another mother asked my family to take in his dog. The reasons are personal, and he probably wouldn’t want me to share anything. Either way, he asked us to watch his dog. Since my mother and I love animals, we were happy to take him in!

This is the first long-haired dog we’ve owned, and we’re not really enjoying it. Supposedly he’s only three years old, but still runs and jumps like a puppy. He has a whole lot of room to run now as opposed to his small apartment!

Unfortunately, the other animals don’t like him too much. It’s not because he’s mean or anything, but everyone is always fighting for my attention. They also don’t move as fast as him, and sudden movements freak out both the cats and my older dog, Flufs.

Again, his name is Dallas, probably because my brother is a Dallas Cowboys fan. He looks nothing like a Dallas, but I don’t know if he’d respond to me changing his name at all. I was thinking something like Jack, Snuffles, Scruffy, or something of that nature.