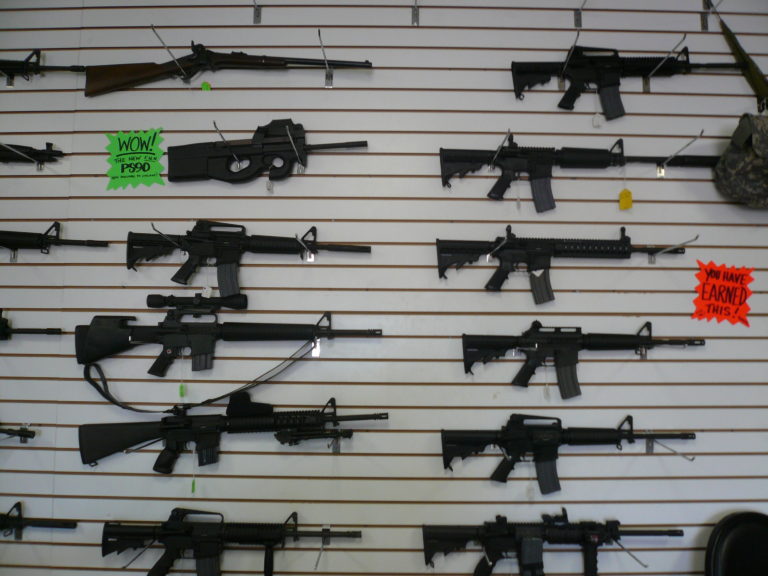 With all that being said, I am for select regulations such as the ban of the bump stock, which I had mentioned years before it was used in the deadliest shooting in modern US history in Las Vegas. It looks like four areas can use some work.

The United States of America is a coalition of 50 different states with various laws. Not much can be done when one state has massive regulation on firearms and the next state over has no regulation.

One such regulation that should be universal is background checks. Every person who purchases a firearm should be run through a background check. We should prevent those with a violent history, violent tendencies, above ordinary drug abuse, and uncomprehending minds from purchasing firearms. This list is not absolute.

The Gun Show Loophole is the colloquial term for a loophole in our gun regulation, or lack thereof. This allows one private citizen to sell their legal firearm to another private citizen like any normal piece of property. No background checks required. This is said to be common at gun shows when gun enthusiasts sell firearms to one another.

There are only a few ways to prevent this. Simply putting up a law saying it is illegal to sell firearms to another citizen is the minimalist approach one should take. Another option is to assign a certificate to each firearm in the same way a car is tied to a VIN and must be registered at the DMV. While another form of the DMV and a gun registry sounds scary to some, frequent mass shootings at our schools and churches are far scarier and require a strong remedy.

I believe a complete ban on military-style weapons should be completely banned for citizen purchase in the United States of America. There is a lot of questions around what is considered an assault rifle or carbine, so I took this section from Wikipedia:

The U.S. Army defines assault rifles as “short, compact, selective-fire weapons that fire a cartridge intermediate in power between submachine gun and rifle cartridges.”[16] In this strict definition, a firearm must have at least the following characteristics to be considered an assault rifle:[2][3][4]

It’s best to prevent further loopholes from being taken, as well. A ban should also be implemented on the shortened variant of assault rifles commonly referred to as carbines, and to semi-automatic rifles that provide similar firepower, range, and accuracy in the same size.

Unlike the previous assault weapon ban in the 1990s, this one should prevent the banned firearms from being grandfathered in. The government should buyback the firearm at its full retail price.