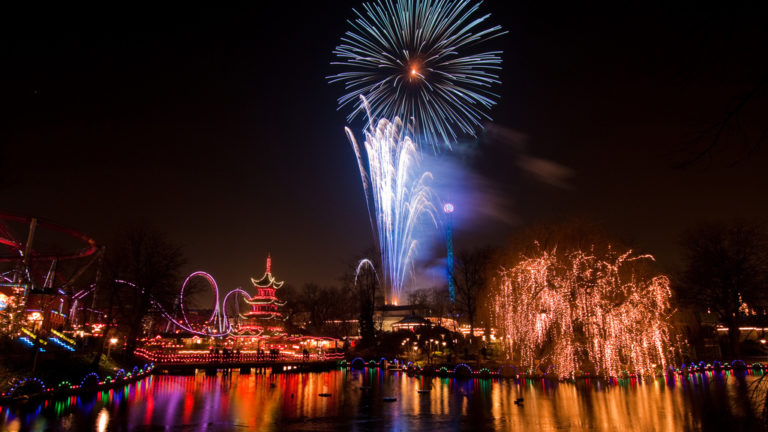 Celebrating the New Year in America

What is it like celebrating the new year in America? One word: Parties!

Bringing in the new year in the United States of America isn’t a huge deal to most Americans. The majority of people throw a big party on New Year’s Eve with all their friends and/or family and stay up until midnight, January 1st. The parties depend on who is throwing them and who is invited. If there are mostly kids, the party may have some fun games. If there are only adults, there’s probably a massive amount of alcohol.

When the near year approaches, everyone stops what they’re doing and counts down the final 10 seconds. Once the clock strikes 12, everyone makes as much noise as they can. Some people even go outside and bang pots and pans. A few people dare to light fireworks into the sky. Setting off fireworks is illegal on January 1st, but some do it anyway. Many cities have their own large fireworks displays just like on Independence Day.

As for the rest of the year, it’s common for Americans to take on “resolutions.” Resolutions are basically promises to yourself to accomplish something in the new year. The most common resolution in America is to lose weight. However, it has become a running joke to never really accomplish the goal you set for yourself.

That’s pretty much all there is to celebrating the new year in America. I hope this post was informative! Leave a comment telling me how you celebrate the new year in your country. If you’re from the USA, tell me your resolution.

“Ours is not to reason why. Ours is but to do and die.”